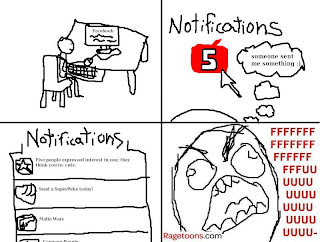 My other "live feeds" (my blogs, my photos etc., including the "Everything Fuxoft" feed previously used to populate the Twitter) are explained on my homepage.
Posted by Fuxoft at 21:39

How does it happen that someone needs Facebook presence for his work?

Koubas: For example when someone is paid to develop Facebook game and create "internet advertising strategy" {2 different companies)

nejstrasnejsi jsou ty tweety I am at... :D za to bych vrazdil