The world needs much more games like Sumotori Dreams...

P.S: To access the "hidden mode", at the start menu, try throwing the cube between two rightmost pillars to destroy one of the specific "walls" in the right corner of the ring.
Posted by Fuxoft at 09:30 7 comments

One video is worth 666 words. And the words fail me. (This is NOT a joke or parody. The words say "Take him in your hand, he squirts for fun".)

Once Upon A Time

I enjoy good storytelling. Storytelling originally attracted me to the original D&D games but then I found that they are mostly played as an exercise in table searching and dice calculations. If I'll ever play role playing games, I'll certainly want to use some sort of "bare bone" system like Risus or Window.

There is also very interesting storytelling card game, called Once Upon A Time, which I played several years ago and purchased during the recent trip to Japan (there is cool small "Yellow Submarine" boardgame shop in Shinjuku).

The idea is that you get several cards with story elements and one card with story ending and you have to tell a fairy tale, incorporating all the story elements (i.e. getting rid of all the cards) and wrapping it up using the words on the "ending" card. Other players can use some simple rules to "interrupt" your story and change it to conform to their cards (i.e. getting rid of their cards). For example, if you play the "Witch" card and say "The witch lived in the Dark forest", the player with "Forest" card in his hand can jump in and continue the story. It's a little more complicated but not much. As with the original D&D, the game is only fun if you play it to create interesting story, not if you play it to win at all costs.

There is also an expansion called "Dark Tales" which brings some nice tragic elements into the mix, so that you can create cool stories like the following (click to see the large version):

Quarter Of A Century Already?!?

It's now 25 years since ZX Spectrum, the best (certainly the most accessible) home computer ever, was released. 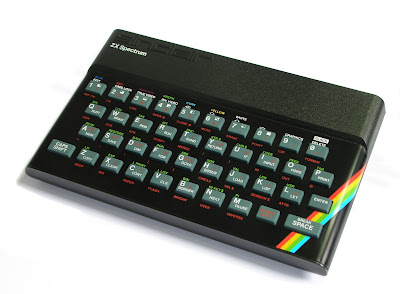 I remember when I got mine (after I've already played with it for countless hours at my friends'). I was getting up at 5AM, before school, just to play a few rounds of Jet Set Willy. I remember learning the machine code and reading through the paper print-out of Spectrum's ROM before going to sleep.

The Spectrum (and its clones) was around for many, many years and this allowed the programmers to squeeze out every last drop of its potential. This will never happen again. Flight simulator. Word processing. Shaded vector realtime graphic. Five-channel sound with volume envelopes and modulation using one-bit software operated D/A convertor. Full-screen software scrolling with masked sprites at 25 FPS. All that in 40 kilobytes of RAM with 3.5 MHz processor... 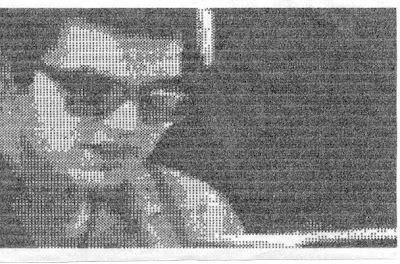 I uploaded my photos from Japan (over 700 of them). Some of them are still missing the tags and some will be replaced by slightly touched-up versions later, but this is basically it.

This is me holding the bag of volcano-boiled "black eggs". Eating one of them is supposed to extend your life by 7 years. This means that if I die before 2028, the Japanese are fucking liars.

Also, the answer to your questions "What about her?" can be found in the last photo of the set. There is nothing more to tell.
Posted by Fuxoft at 09:41 8 comments

Lucy In The Sky With William Shatner

Just to be clear:

This bizarre cover of "Lucy in the sky with diamonds" was recorded by William Shatner several decades ago along with other cover versions of similar epic proportions. It was not meant to be funny.

The animation was done recently and is supposed to be funny.

I am back and I am rather dead after the journey, so just a few random words about Nintendo.

As for the videogame consoles market in Japan, Sony is utterly dead. In shop after shop, there were lots of PS3s and PSPs available, often at a discount. However, Nintendo Wii and DS Lite were completely sold out everywhere. There were used DS Lites being sold for 120% or 130% of the official price and they were sold out too.

In addition, I saw many adult people every day playing with DS on the train / in the subway. And I didn't see a single PSP being used by anyone.

This is madness. No, this is Nintendo.
Posted by Fuxoft at 22:13 4 comments

OK, I'm packing my suitcase and I'm leaving for Tokyo in a few hours. I'm not writing "Wish me luck" because that could be construed as me hoping that Karolina will get back to me, which is not the case even if some of you don't believe me. Just wish me to enjoy myself immensely if you have to wish me something.

Today was very nice weather and here are some photos of the boys enjoying themselves at Petřín.

If there are some bizarre posts appearing on this blog in the next 10 days, those are my attempts to blog from Tokyo using whatever bizarre devices I have with me...
Posted by Fuxoft at 23:56 3 comments

Another wacky and funny adventure that could be made into sitcom!

Karolina leaves for the mountains for a few days (before Tokyo) and needed to leave Kryspin with me. She was supposed to bring him on Thursday. However, she unexpectedly called on Wednesday, brought Kryspin, said hello to a young girl studying on my sofa, wished us luck and left.

Next morning, there was urine on the blanket on the sofa, on Kryspin's condo and on the chair. I said goodbye to the student and called Karolina. 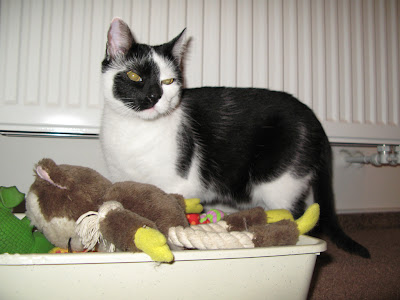 Thursday evening, she came for Kryspin and took him to her friend. I think Kryspin laughed when I last saw him through the bars of his cage...

"My Maps" in Google Maps

Creating interactive online maps of whatever without need fora ny software just got a lot easier! Details here.
Posted by Fuxoft at 20:04 1 comments

(This is taken from the current update of this infrequently updated page of mine about movie translations which probably no one reads, so I'm putting it here, too.)

Of course, I practically had to make up many new words and grammar for Borat to use (with lots of help from Tomas Baldynsky).

The joke at the dinner with the confusion about "retired" / "retard" cannot be translated and had to be replaced with something similar. After trying out several things, we settled on "emmental" / "mental". I.e. "I worked in construction, I am now retired" had to be changed to "I import cheeses, eidam, emmental..."

We changed the name of of Borat's son from "Huey Lewis" (who is almost unknown over here) to "Kessel Buntes" (the popular Communist Germany entertainment show was called "Ein Kessel Buntes").

"I am like the movie star, Dirty Harold. Go ahead, make my day, Jew." - This famous Dirty Harry line is totally unknown over here, mainly because it was translated differently in different releases of the movie (and not always correctly). In Czech, Borat says "I am like the movie star, Schwarz Nigger. Hasta la pizda, Jew" (where "pizda" is slang for "vagina"). Coincidentally, I originally thought "pizda" is much less vulgar (I only knew it as meaning "ugly woman") and was surprised when Disney dubbing supervisor didn't let me use it in "Cars". :)

Finally, one of the most baffling episodes in my translation career: I wanted to accurately translate the faux "Kazakhstan Anthem" at the end of the movie. However, the dialogue list didn't contain its text and only said "for translation, use the text in the rodeo scene" - which I couldn't do because the anthem in the rodeo scene is much shorter than the one at the end of the movie. I sent several e-mails to Fox and even asked at IMDB.com boards. No answer. Then I tried to translate the whole anthem just by ear. After I've done that, Fox issued a memo to all foreign distributors saying that "The anthem at the end MUST NOT BE TRANSLATED" and my translation had to be removed. Bizarre...
Posted by Fuxoft at 13:55 15 comments