Here is a fascinating e-mail (confirmed as authentic) sent by Bill Gates in 2003, in which he chastises Microsoft bosses after his disastrous experience while trying to install something under Windows XP.

The last non-Linux PC operating system I actively used was Windows 98 (which I used well until 2002 or 2003). I have some limited experience with Windows XP (I have to use it for making music) but I only use it to run FL Studio and save/load files to/from networked drive. That means I cannot rationally criticize Windows XP, much less Windows Vista, because I have no experience using them.

But now, Bill has done that instead of me. Thanks Bill.

This puts to rest the popular argument which goes: "Yeah, but any stupid secretary can install Windows"! The exactly same stupid secretary can probably install Ubuntu Linux as well. The trouble comes when she wants to fine-tune that installation for her needs (assuming she is not entirely stupid and knows what her needs are). In this case, the idea of "searching in Linux forums" is as unhelpful as "try asking Microsoft support".

In my personal experience, the people who don't understand computer well are the prime candidates for using Linux. After I carefully ask them what exactly they want to do with their PC, I install and fine-tune everything (usually Ubuntu), knowing that they cannot screw it up afterwards (I don't give them their admin passwords, of course) and if they have problems, I can repair/re-configure almost anything over SSH or VNC. Many of them don't even understand that they are now using some other operating system than before. The only hurdle (major hurdle) is the fact that many useful Linux programs don't exist in Czech version yet.

The "slightly more advanced" users (e.g. people who install their own games, instant messengers, media players etc.) are the least likely Linux users. They feel sort-of-powerful, content with the fact that they have to "clean their computer" (read: "reinstall Windows") from time to time and they are just bitching that some stuff is "weird" under Linux (read: "different than in Windows").

I don't want to talk about "really advanced users" very much, because many of them have legitimate reasons (business or otherwise) to run Windows and this has been already discussed to death. I basically just wanted to say that the 5 years old Bill Gates memo made my day.
Posted by Fuxoft at 21:17 5 comments

...and refused to leave. 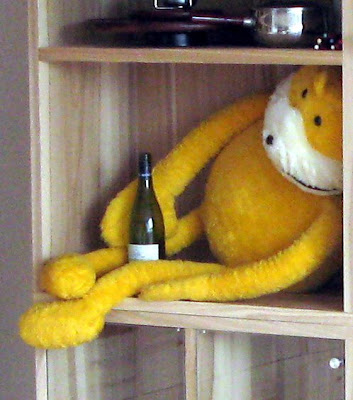